So until April, for the past 13 years, I had never stepped out of the borders of GH. And I must admit, I was totally comfortable with that. After all, it’s not by force to travel, abi?

Lol, well, as the new year began, obviously, my mind was on getting through the semester successfully. Then, I was told by my parents that for the month of April (where we had an Easter break), we had a little family trip to an awesome place: the beautiful city of Dubai!

Well, to be honest, I wasn’t very enthusiastic about going. Mainly because I had the tiny issue of BAR EXAMS to think about, and a vacation sounded like a bad idea. There was little I could do, however, because excluding myself would pretty much upset the planned balance. So I just adjusted myself to it. And by this, I mean that I had my notes and all a part of my luggage. Man could not cut the studying out at all!

So we went on our Easter break on the 17th of April. I left for Accra that same day, and the next day, by 6 thereabouts, my parents and I were comfortably seated in an Emirates plane, setting off for Dubai.

In case you’re wondering, I got the window seat!!

So we spent about a week and a day there (my sister came from the UK to join us. One major reason I thought pulling out would be wack, coz chale, family is more important than IEC), and after such an awesome time, what was it about the city of Dubai that left me inspired?

Simple. They make the most out of the little they have.

For a place that can’t boast of many of the natural resources a lot of countries possess, the development level there is superior to many. One major thing I noticed was how there were still so many buildings under construction. Obviously, the next time I go there, there will be more structures.

Anyways, lemme go through some of the experiences I was privileged to have whilst there…

Burj Khalifa. The world’s tallest building. 828 m tall. And I got to be there, on the 124th and 125th floors. The view up there is awesome, although it’s probable you’ll get super uncomfortable if heights aren’t your thing. The city looks so cute and small from up there. What was funny to me was how all the skyscrapers looked so tiny. Amazing infrastructure, by all standards. 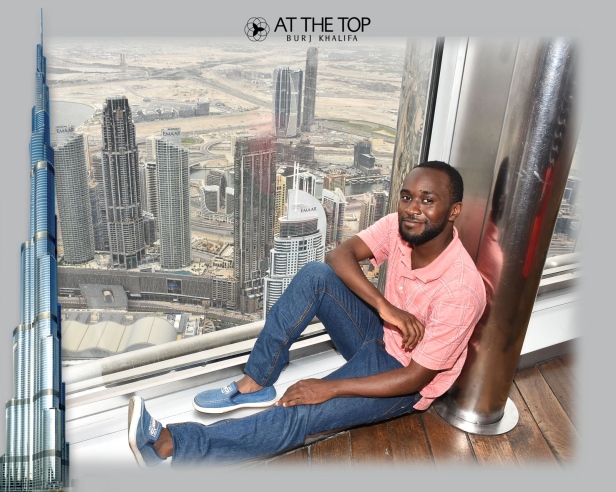 Did I mention that getting up there is so fast? And that the normal feeling you get in an elevator is absent? (No kidding, we were at the 124th floor in less than a minute!)

Wonder Bus. The bus that doubles as a boat! This was one of the last things we experienced before coming back to GH. This was undoubtedly another pretty lit journey. From the meeting point around one of the many malls in Dubai (BurJuman, I believe), we found our way to the Dubai Creek, where the bus took on its boat identity and we had a sweet time seeing different sides of Dubai. The tour guide, though? Such a friendly and fun human being. Such a pity I can’t remember his name. 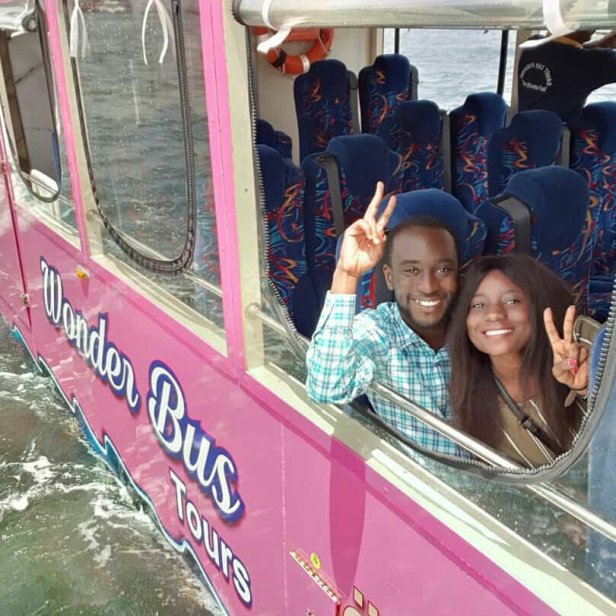 Ski Dubai. Did y’all know you can experience winter in Dubai? Yep, you can. Inside the Mall of the Emirates is this awesome place called Ski Dubai. My sister and I went there, and oh lawd, it was unforgettable! We tried out the Zorb Ball, Chairlift Ride, Mountain Thriller among others, and to say we had fun is almost an understatement. Chale! Too epic!

By the way, did I ever mention how much I adore penguins? After all the fun we had, we went to have an encounter with the penguins. Another lovely experience. Just that I was freezing real bad. Sitting in one spot was really getting to my bones. But don’t worry, I didn’t embarrass myself when it was time to take pictures with the penguins.

At the end of our session, one thing was for sure: the money spent on those Ski Dubai tickets was definitely money well spent.

Desert Safari. Listen, listen, listen… if you’ve visited Dubai and you did not experience this, I humbly submit to you that you’ve cheated yourself badly. I mean, without a doubt, that was the most memorable experience of the trip. Only one word to describe it…

From the moment our Syrian tour guide (who I won’t forget any time soon) picked us up from the hotel in the Toyota Land Cruiser, the day just went from normal to incredible.

So first, we went for the quad bike ride, where we had about 20 minutes of fun.

Then when we were done, we joined our tour guide who then suddenly gave us a crazy dune bashing experience. To explain, it means he took us through the desert area, driving up and down the sand dunes. Now let me tell you, sitting in a car on a dune bashing ride is NOT for the faint-hearted. At all. Our hearts were in our throats all the way through the ride, chale. Herh! It was obvious our guy knows that side of the desert pretty well, so we were alright. It was still scary as heck, though!

We found our way to one of the campsites around, where many others were. While we waited for the evening show to begin, there was time for camel rides, henna painting… and the chance to dress up in Emirati traditional attire.

The evening show was a memorable one. From fire shows to belly dancing, along with some good food, 9:00 pm came too quickly. But hey, they say something about good things coming to an end or something like that. Not that I totally believe in it for anything, but… whatever. The Desert Safari trip was the highlight of my time in Dubai!

Oh, and we had a Naija couple with us to share the experience with. It was a pleasure getting to know them.

After all those experiences, coupled with visits to a few of the many malls in Dubai (Dubai Mall, Mall of the Emirates, Outlet Mall, Deira City Center and Festival City Mall), we returned to GH (and my sister back to the UK) on the 27th.

(And guess what? I got the window seat yet again! Woohoo!)

And as I already mentioned, one major thing about Dubai that inspired me is how they make the most of what they have. Their ability do that is the reason it’s one of the most visited cities in the world. How I pray more countries in Africa make the most of what they have. Africa, which is already a beautiful continent with beautiful countries, would certainly be in a better position than it is now. Of course, I’m tempted to mention how things would be better if all the corruption and the misplaced priorities (I’m looking at you, dear Parliament) and stuff wasn’t such a staple of our governments, but that would lead me to write an article within an article…

So, the trip to Dubai really inspired me to aim high and utilize what God has given to me. I may not have much, but if I’m like the faithful servant in the parable of the talents, increase surely will come.

And yeah, it invoked a love for airplanes! If you have my number on your WhatsApp list, you’ve probably noticed how often I’m posting airplane pictures. It inspired some and irritated some (for those who were irritated, too bad!). I certainly can’t wait to experience the service on different airlines in the future, because Emirates provided a fantastic one.

So that’s how I was inspired by the city of Sheikh Mohammed bin Rashid Al Maktoum (yeah, that’s the Ruler of Dubai). That’s one experience I can check off the list. Still looking forward to having the Heritage Caravan journey, among many others.

And please, you need to have that experience for yourself. Trust me, you’ll love it. Therefore, hustle oo, hustle!!

5 thoughts on “How Sheikh Al Maktoum’s City Inspired Me”

This site uses Akismet to reduce spam. Learn how your comment data is processed. 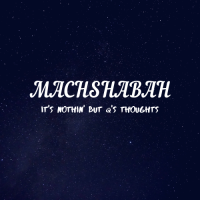 Tired of hearing about senseless killings of black people in America. Justice must be served! #blackouttuesday✊🏾
Throwback to the beginning of this year, when we had no idea what 2020 held for us. It's all good, though. We know who our trust is in, and we're assured that He'll sustain us and get us through this crazy pandemic. #throwbackthursday #quarantine
Indeed.
His Sensational Highness had a good weekend. Switching to dapper mode, getting a little recognition... 😎😎🔥🔥 we thank God for His goodness #GentlemanOfTheYear #GSLSRCWEEK
This year, I'm gonna work on adding deep quotes to my IG posts 😆😆😆
By kind courtesy of @thenhickyexperience 😋😋

And here we are! The final episode of the penultimate season of the beloved MTD series! We’ve already seen the good vibe it’s sorta ending on, but there’s still quite a lot more to be seen, so… let’s complete this! “Diamond my love! That was a fantastic speech!” Larissa gushed as she stretched her arms […]

So season 3 ends with a good thing. Diamond’s little business is opening up, and we get to see the build-up to it! Of course, a lot is going to happen in the midst of all this. So let’s get into part 1 of this… “Ah! Edem! Are you seriously saying this? Really?” “And what […]

So, we carry on with this tale. Toby’s realized his error, we’re hoping for the best for Aki, and don’t forget that Diamond’s business is still under works. Oh yeah, and some brewing somtin with Edem. We should see something about that soon enough… “Hello?… Yes?… Massa, massa, goweyu! Idiot!” Oscar ended the call and […]

So from last season, it became obvious that Delphine wanted Toby in a certain way. And it’s pretty official, she got her wish. What’s next? Oh, and we’re surely hoping for the best for Aki, too… It was 6 am on Sunday morning. In room 101, Toby was just about stirring from his sleep when […]

Meet The Dolphynes S3 EP9 – All Yours

Time to close out the month of May with the latter part of this season. So, as was mentioned the last time, your wonders about Toby and his little dalliance with Delphine will finally be answered. Let’s go! “Ah! Seriously?” “Yes oo, Toby. The man was keeping Maabena as a side chick all this time, […]